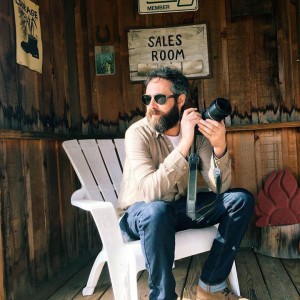 As part of a sweeping compromise to his Build Back Better plan, President Joe Biden and the Democrats stepped back from their promise to offer free tuition to two-year community colleges for every student over the next five years. What was once a plan for the most ambitious social investment in the history of the country is now what tends to become of most legislation with good intentions: a watered-down half-measure that leaves the haves happy and the have-nots drowning in the same dregs of the socioeconomic struggle that has defined the first part of this century.

For those who can’t afford to even aspire to a four-year college let alone Lori Loughlin their way into a top-tier school, community colleges are a lifeline to hope and possibility. “About one-third of all college students in America attend community colleges, which, since their creation in the early 20th century, have come to mostly serve working-class students — as well as students of color who are underserved by traditional four-year colleges.” But the institutions are more than simply an avenue to certificates and associate degrees. They provide a foundation of critical thinking and core courses equal to those of four-year colleges, developing indispensable skill-sets and networking that lead to careers and/or transfers to four-year institutions. Around one-third of community college graduates move on to four-year colleges, a number that would inevitably be higher if it weren’t for the cost of both the initial education and the completion of a Bachelor’s degree at a four-year school. This despite the fact that 80% of students entering community colleges aspire to a BA.

Only about half the states in the US offer free community college programs, and many of those are programs riddled with cumbersome qualifiers and bureaucracy. The exclusion of free community college from the Biden Bill has far-reaching socioeconomic implications. The initiative would have provided a lifeline to both struggling students (aspiring and current) as well as colleges deeply affected by the pandemic. “Public two-year institutions enrolled 703,168 fewer students in fall 2020 than in fall 2019, a 15 percent drop,” making community colleges the hardest hit of post-secondary institutions. The impact will not only be felt financially, but generationally.

In my five-plus years teaching in community colleges, I have found them to be an imperative component in rebuilding the middle class in a country seemingly hellbent on destroying it. The students in community colleges are not just offered a glimpse of the infinite possibilities of post-secondary education and the far-reaching benefits of its certification and networking, but exposure to a world many did not know existed. Community college faculties provide a level of knowledge equal to any institution, with exponentially fewer resources. But they, and their curricula, are born of four-year schools the world over, and they bring that experience—and the window to it—into every course and classroom, along with their own network of peers and colleagues from their journeys through education.

I have seen innumerable students arrive on community college campuses quickly develop relationships and fundamentals that have taken them to heights they not only never dreamed of but truly did not know existed. My students have gone on to trade schools, four-year schools, grad schools, and beyond, in disciplines that they never would have discovered if it were not for the institutional knowledge of my colleagues and the avenues they open for our students.

Advocates for the plan are still optimistic. “Harris Miller, the vice president of the Campaign for Free College Tuition, said he and his colleagues haven’t given up hope [and they are] committed to making higher education affordable for all students, has now turned its attention back to states.” But those states need to be pressed, not just for free tuition, but for investment in community college systems that are the key to closing the socioeconomic gap that plagues the US, and investing in the middle class and marginalized communities, communities that two-year colleges serve and inspire. The federal government has compromised—states need to step up to fill that moral void.

Please join with your colleagues, students, and community members at our Saturday, December 4th rally at Governor’s Lamont’s Mansion. This is an important event to demonstrate the power and solidarity of our community and fight for the future of Connecticut and community colleges.